After staring at the ADA chart for a good 30 minutes I decided to do something usefull during daughters nap-time. Here we have the next edition of the SPOt-light session where we interview noteworthy SPO’s in the Cardano Ecosystem. This time, the stage is set for an SPO and hit cat, Lucy. All questions are translated by Nadiem, the operator of Lucy Pool! enjoy 😉

Hi, I’m Nadiem, Operator of Lucy Pool. I’m a software develloper from Leiden, The Netherlands and an active member of the F2LB Community. My cryptojourney started in 2012 when i was studying economics at Tilburg University. In one of the classes there was a discussion about the European international payment system and it was highlighting its flaws and inefficiencies, as a side note, Bitcoin was being named as a possible solution to a part of these problems. Ever since I’ve been following Bitcoin closely to eventually invest in it in 2017 and officially enter the cryptomarket.

Although concerning Bitcoin there was a lasting feeling of being too late to get in. Having had multiple conversations with a friend on the matter, always after surges in price, the same conclusion was made: we missed the boat, again. Key price points were $10, $110, $200 and eventually $1000.

Then in 2017’s Bull market I encountered Cardano, and for the first time a crypto project really gripped me. Looking back, it was most likely the whiteboard video of Charles Hoskinson and the accompanying whitepaper that triggered me into doing more research on the project, IOHK and Cardano in general. This was the point i officially invested in the cryptosphere, and predominantly ADA. After the roller coaster ride that was the Bull Run of 2017 I’ve been a little abstinent from the market. In my group of friends i was always the crypto-nerd, but following the cryptocrash and the subsequent boom in 2020 i was able to persuade them in getting on board. Their enthusiasm regarding crypto has given my own motivation a resurgence and led me to conclude that running a stakepool is feasible on moderate hardware setups. This led to the creation of Lucy Pool, named after one of my 2 cats.

In the beginning, all you do is care about the hardware aspects, you have to learn how everything works, so you understand when things go south and you are equipped to deal with it. At first glance it seemed complicated but the learning curve was alright. If you are ready to put some time in, you can be a Stakepool Operator (SPO). After nailing the technical part, life as an SPO really starts, finding people willing to delegate to you pool is a challenge to say the least, and every SPO tackles this in their own way. I build a case for my pool by sharing parts of my profits with delegators and developing software to help flesh out the F2LB initiative. I struggle to allocate my time split between a job and maintaining the pool.

What really makes my heart beat is doing Graphic design and develop software, so to free up time to focus on that I’ve prepaid all my server costs a year ahead, so that one less thing to worry about and I can manage my time more efficiently. This time then goes to the development of the F2LB App and other valuable additions to the community as a whole.

Im the engine behind the F2LB website and its applications. The reason i started this is a desire to lighten the load of the originator (Link to STPZ1 Interview) of the initiative in terms of management. While everything is fresh en people are enthusiastic this is no problem, but growing is good for the community but can be a burden for the people running it longterm. Automating and streamlining things makes sure that the core values and activities of the initiative remain intact and running. Currently I hover at 75-80% automation, so think of roughly 30 minutes per Epoch spent to keep everything in check. Adding multiple moderators is one of the things planned to further decrease the load and increase reliability and stability. The initiative well become more self reliant rather then stuck to a single person for its livelihood, and all data is open so people know exactly what they are in for. Plenty room for improvement but I’m very happy with the results so far.

We basically do 2 things:

Outside of these things I hope our role in the Cardano community will grow out to be the go-to place for new operators. At the moment we are over 60 motivated people working side by side to improve both the F2LB Community and Cardano as a whole.

I received the F2LB stake for 3 Epochs, and I have successfully minted 1 block in that time at a 75% chance. Of course more would have been better, but I’m happy with the result. Thanks to F2LB I’ve managed to prove my setup is viable and ready to mint, providing much needed trust and validity to attract new delegators. And whats more, its incredibly fun to have that community around you to share that success, who all root for you and help you promote your pool and causes selflessly. They know what its like to be in that ‘small SPO boat’ and having that sense of comradery is the most valuable thing about the F2LB Community.

I’m aiming to grow to approximately 3-5 million ADA, from that point on i can reliably cover running costs en be compensated adequately for the development efforts I’m currently involved in. I do enjoy the atmosphere so much that ill probably keep running it even if those targets somehow wont be reached. I’ll finalize the F2LB software so the community can be stable and secure, and after that, ill dive into smart contracts to actually provide more ways to use that knowledge to flesh out cool ideas we have as a community.

Why stake at LUCY you say? Simple. Its a pool ran by an IT-Professional thats visible, not hidden behind the anonimity the cryptosphere can provide. Im a develloper that helps fortify the positions smaller pools have so the network can grow stronger, further increasing ADA’s value and price. By staking with me, you help me speed up that process. Additionally, I share part of the operatingrewards with the people that stake with me, so ADA on top of your rewards! This makes it extra attractive for newly joined wallets.

Oh and also, I post cute cat pictures and I’m active on discord so if you need me, hit me up!

Im very thankful for STAYK, and the time he takes to interview people from this community and shine light on the efforts of others. Everyone is trying to add value and support eachother, and thats exactly what we as a community need to grow into a more cohesive and distributed group!

Noteworthy is that we as a group are not static, or bound in any way. There are ongoing ideas to help eachother, streamline processes and helping hands to aid individual development and provide feedback. I’m happy to be a part of it and it surely makes my life as an SPO alot more fun!

And all of the lovely people we have on CT is one of these spooky ghosts ^^ #ghostchain #hostgain #postgame #mostfame #noshame https://t.co/EFKliyL3Ip
View on Twitter 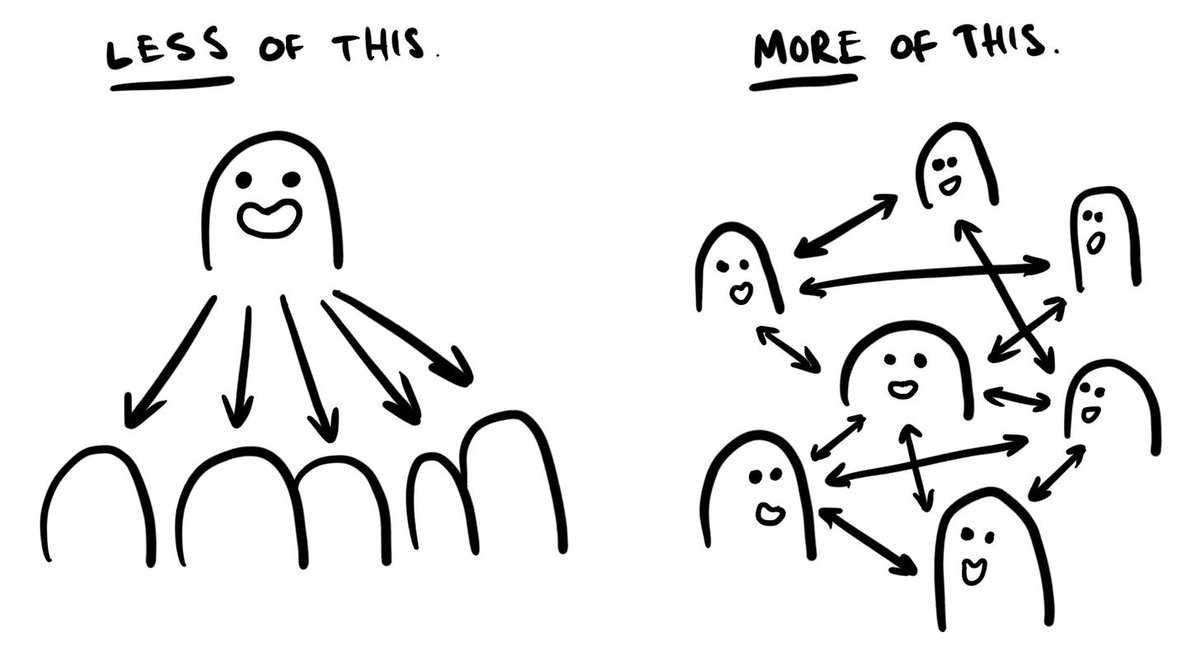 My boy @EntheosAi dropping another Bomb on NFT-land, overloading the galleries, wallets and https://t.co/nQm3WOTES4's of this world... 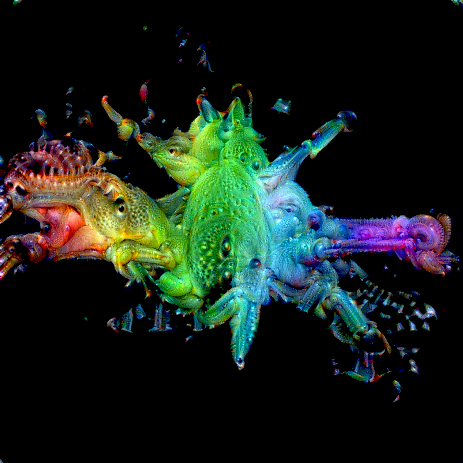 Q: Why do we show up so much here?
A: @EntheosAi is dropping NFT's on https://t.co/F3beRSJWsS

And tho good sir is one of the Stayk homies 😉
Come and get some! https://t.co/AJFiKh14j5
View on Twitter 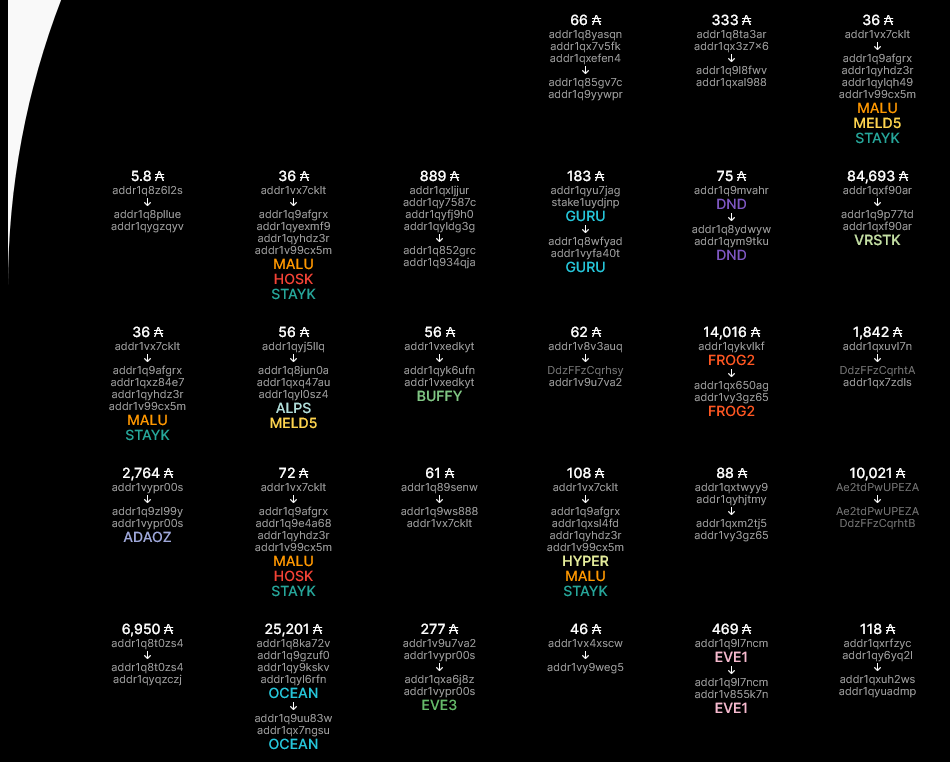 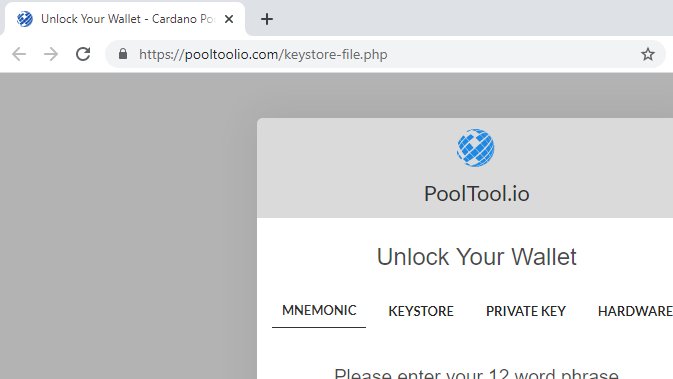 PoolTool (tickers: LOVE,PEGA) @PooltoolI
We have just been alerted to a SCAM site impersonating pooltool that asks for your wallet key words.

PoolTool will NEVER ask for your wallet key words. Do not fall for scams!

Slowly but surely stake grows,
blocks come more often
and this is a great feeling.

Nowhere near where we want to be
but lets keep our eyes on target!

Join us and get some juicy Extras through our #StaykCoin mechanism! https://t.co/ZyIcT5sFMx
View on Twitter 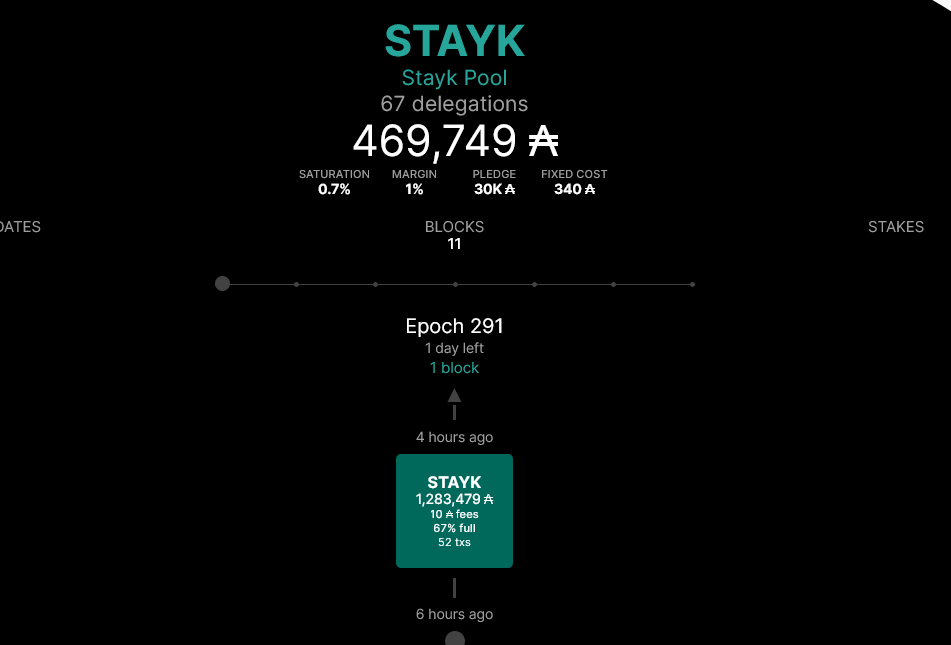 Bits make up our digital world, and the OfficeBits are here, the reflections of our daily life, Bitsized 😉

Checkout their giveaway below, and we have a little surprise for you in store, courtesy of @ADAofficeBits

To everyone curious when the next SPOt-light is popping up, we have stuff in the works with @EntheosAi , @aethersovereign and @iAnnetonly .

Curiously none of those are SPO's but ill make it up!

#Tag your favorite (small) SPO to be next! https://t.co/f9rgKAUSAp
View on Twitter 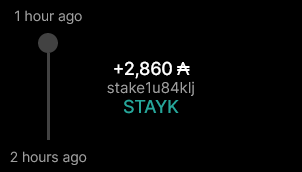 Wish to Join our Ranks? Get #StaykCoins on top of your Delegation to share our profits? 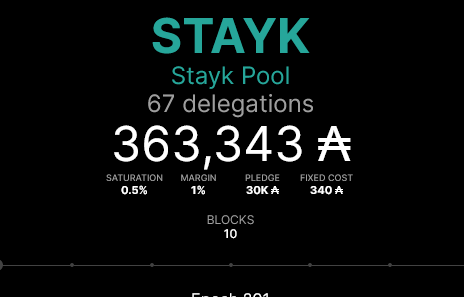 This guy doesn't stop!
I assume nothing but a smooth ride with the minor improvements proposed since the first launch!

Go go go @EntheosAi with the best crew @Cryptofly777 in his corner https://t.co/3aiTMSlqKN
View on Twitter

If this will be a VR event, I'm starting to build my Avatar
Right... This... Second! 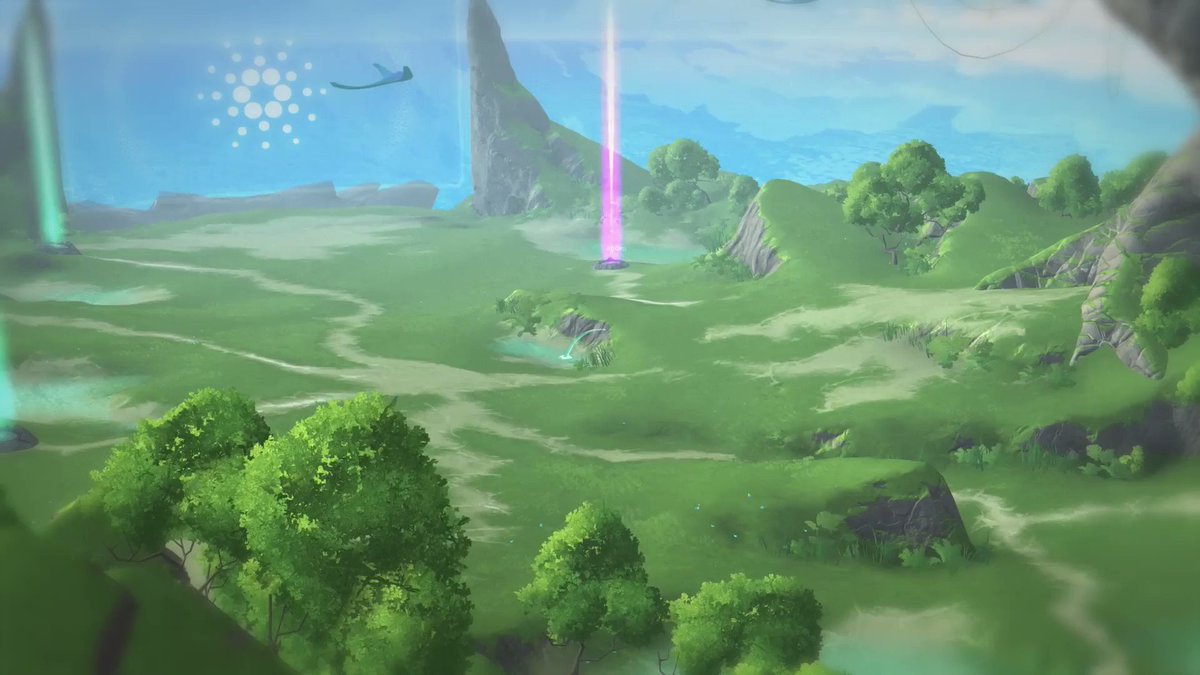 Hes reaching milestone after milestone, both in professional development and in follower count! 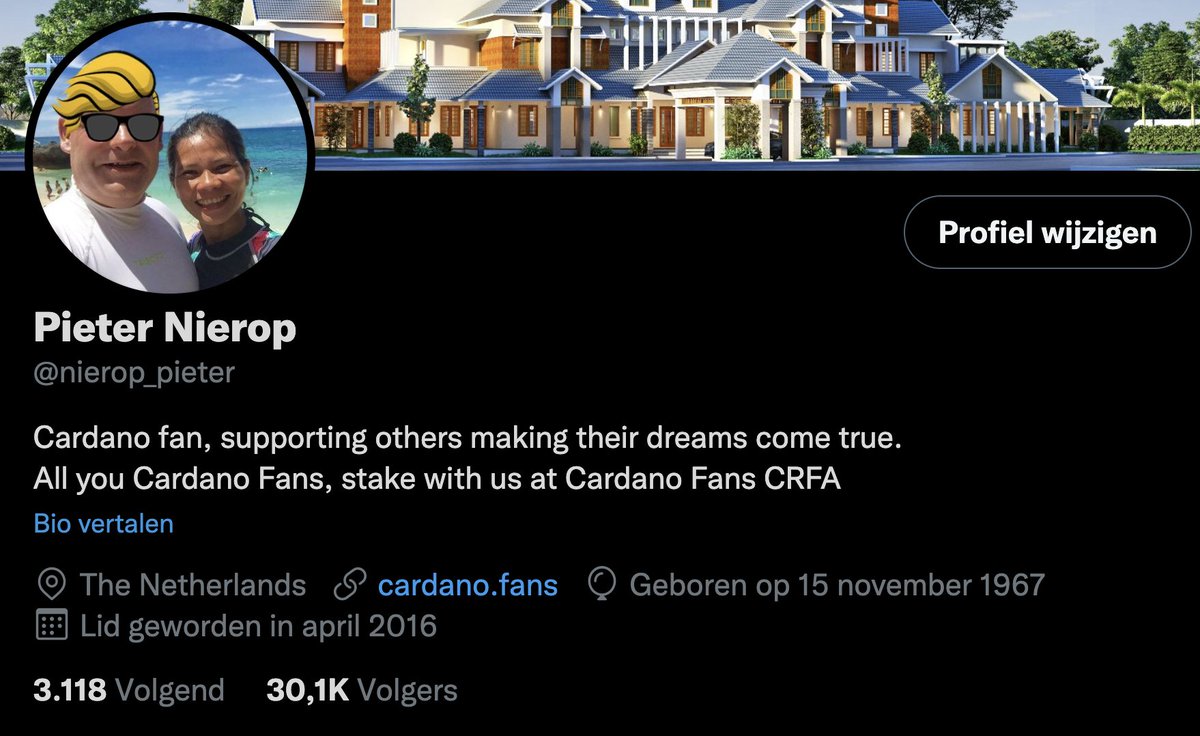 Hah, this interaction is amazing!
We have this, we've recently seen the @DexoWorlds and @sphericalnft collaboration!

What other NFT mashups do we have yet to discover!

Shill them to me down below! https://t.co/Z7DKu9Jfuc
View on Twitter 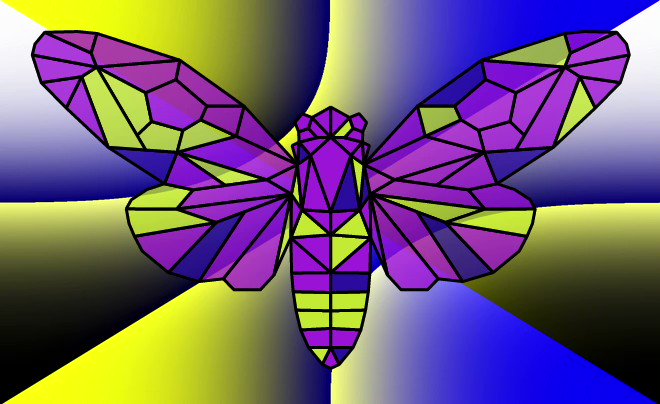 Away from a crowded pool, to the mellow waters of #stayk

Be sure to see your double dose of #StaykCoins arrive shortly! https://t.co/ZtaM9j3F1f
View on Twitter

Hah, this is amazing!

Congratulations on behalf of the STAYK-team for this first-of-many milestone!

You're doing great work and I highly recommend those new to Cyprto to give this guy a glance! perfect for Commuting, Sunday afternoon knowledge splurging etc!